What happened at Mobile Maps & Geolocation Event on 24th June

Before we get to our guest post, many thanks to Ordnance Survey - our event partners, to Gary Gale for chairing, to all the panellists, to our volunteers and to Tom Evans @tomato_Evans, (one of our Mobile Academy alumni) for writing this post.

The wonderful Mark Bridge from The Fonecast made the following podcasts:
Part 1:  http://thefonecast.com/Podcasts/TabId/116/ArtMID/540/ArticleID/6976/Mobile-Monday-London-Mobile-Maps--Geolocation-part-1.aspx
Part 2: http://thefonecast.com/Podcasts/TabId/116/ArtMID/540/ArticleID/6977/Mobile-Monday-London-Mobile-Maps--Geolocation-part-2.aspx


We were lucky enough in a pre-event workshop, to be offered a sneak preview of Ordnance Survey's new SDK for IOS called OpenSpace. Ian Holt, Head of Developer Outreach, explained how OS's spatial database, now over ten years old, has been open since 2010 and contains 460 million records. It is the most detailed data provider for geolocation.

There have been over half a million downloads of their data sets, and Ian showed examples of how people had integrated them into bespoke apps, such as one for anglers in a certain region, where the details of more commonly used map providers were not sufficient. He also showed an example of a facebook game Eo Geo National Treasures which uses OS data sets.

With the level of detail being the obvious point of differentiation from most existing mapping data sets, he crucially pointed out that apps can be developed which use OS in Great Britain and other mapping providers worldwide. Indeed they do have some relations with their counterpart organisations in Europe also.

Then we moved on on to the evening event, chaired by Gary Gale - @vicchi, Director of Global Community Programs for Nokia’s HERE, and a veteran of the mobile and mapping scene.

To set the scene, GPS launched in 1989 and was used exclusively by the military until they unlocked it for public use in 2000. At this point however,  all it meant was that a mobile would provide a longitude and latitude coordinate, which by itself doesn't mean much. It requires points of reference and an address to become relevant: it is hard work to go from coordinates to points of interest as this requires data.

The Panel covered a wide variety of relevant current topics - here are some of the most important points that were discussed:

1. As it is expensive to keep map data up to date, inclusive and relevant, open source becomes a vital asset in this area. The principal example of a platform doing this is Foursquare, which is powered through people adding information. Another is OpenStreetMap, where users can select and add points of reference relevant to themselves.

This does of course raise concern about how a provider ensures that relevant information is added, but on the other hand maps do get built out on a interest first basis, and the problem goes away over time as more detail is added.

2. A crucial topic is data quality, or, how much we trust what we see on our mobiles. There was the example of a lady suing a large company in the US, whose map wrongly sent her walking across a six lane freeway. This type of situation is unusual, however some of the large companies have made poor choices in terms of what they include and exclude, especially given that large companies branding goes a long way to instilling public confidence in data quality.

As this confidence has been shown on occasion to be misplaced, it has to be down to the individual to make rational choices. Companies clearly cannot provide for idiots - there are even reported cases of coast guards discovering consumer mapping apps being used to drive ships. Ultimately, the accuracy of what we see on our phones directly reflects our view of how good the product or service is and ergo our perception of a brand itself, so its in their interest to get it right. 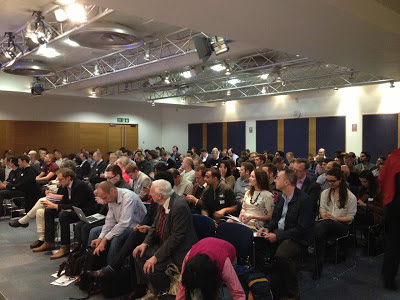 3. Are we in the midst of a cultural shift that will result in people stopping looking at maps altogether in light of innovative developments in wearables? Every time there's been a paradigm shift in useful technology, there's an outcry about the possible eventual redundancy of what exists already. The purpose of a map is to convey information of where things are in relation to one another, and this will continue to be represented visually or in some other form.

Whilst it was gently pointed out that a large part of the population aren't necessarily hard wired to read a map, many people instinctively still orient themselves to one, and so the standard 'you are here' won't die. The relevant information could be conveyed in a different way once the purpose is decomposed; flashing shoelaces could inform the reader of the direction they need to take, a voice could navigate them for example, and some-one joked users could hear crime noises as they ventured into a dangerous neighbourhood. Despite this, some people would still be thinking of the visualisation of a map in their heads in any case. With 3-d street view only 5% of the data is presently visible and there will be innovations providing methods of usefully exposing more by new technologies interacting with what is currently underused.

4. It is difficult to keep up with trends and make predictions for the forthcoming years; this space moves very rapidly, but perhaps the main forthcoming development is the standardisation of indoor and outdoor GPS. At the moment there are mutually incompatible companies mapping, and that cannot exist in perpetuity, so they'll have to agree on a multi-model set of standards.

At the moment when you're looking at mapping data the minute you go inside it falls down, and this is an obstacle that would need to be overcome. Also there's likely to be a proliferation in the super-imposing of data from other sources onto mapping, to supplement geographical information. For example how could data about crime rates be added to a map or how can space be effectively integrated with a time variable within mapping? An example of this happening is in the US where the NOAA produced a low cost app to warn about tornadoes. Until now the raw vector geodata has been locked away but it is beginning to be opened and this is likely to encourage bedroom coders to bring on the information available to all.

5. Geo-mapping has yet to be usefully exploited in the education sector as it undoubtedly has the potential to be integrated into the educational curriculum, notably in geography class.

6. In terms of business potential, there's likely to be a proliferation in transactional apps such as Halo, which unlock the economic potential of being able to link a need on the one hand, with a provision for that need on the other, based on location. Such applications will have the potential to capture valuable data that large organisations would want to absorb into their ecosystems and prevent from going elsewhere.

7. In the long term, premium mapping services may have limitations as a result of user aggregated data accumulating on free platforms such as OpenStreetMap, but nonetheless data collection is expensive and has to be paid for somewhere, and the spirit of the OSM licence operates in such a way that open data, that has been contributed freely, cannot be taken and sold by a business.

8. Although the mobile operators now have increased accuracy in triangulating user whereabouts, in countries where there is greater privacy legislation, such as Germany the accuracy is more limited. It also is not as great in rural areas, furthermore these tools have not been in their hands rapidly enough for them to overtake the dominant players. They won't be able to accumulate enough data. That is not to say that they don't have a market opportunity and indeed they are starting to get traction within government. 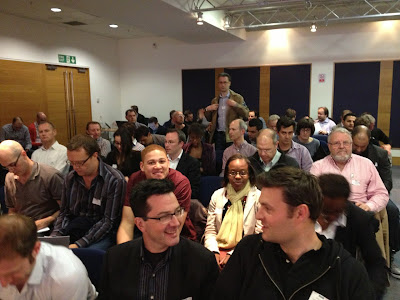 9. Increased accuracy in geo-location has already begun opening a marketing channel opportunity that sooner or later will see consumers having to defend against geospam. What is happening already isn't efficient, as, by the time you get a special offer of some kind, the moment where you'd consider using it has passed. Therefore where you the consumer are is not interesting, where you have been is interesting, and where you are going is where the money will be made. The ability to accurately predict your next move and serve content and offers against it before the moment, is where the accumulation of data is vital.

10. The data that's already been collected, has generated  relevant applications, that could, for example, tell you the optimum route at a given time of day or where you should live in terms of having the easiest commute, but they are currently not generally as accurate as they could be, and there is undoubtedly potential for much more.

By the end of the discussion the panel were clearly getting thirsty. They finished on this note: Geo-location will finally put an end to the question: 'where's my beer?' (or at least where can I get my beer)... With that an insightful evening that drew a lot of rich information from this panel of experts came to a conclusion.


With many thanks to Tom for that comprehensive cover, you may also be interested to read Adam Cohen Rose's post about the evening: http://blog.cohen-rose.org/2013/06/mobile-maps-geolocation-so-much-more.html and also one from Simon Judge http://mobilephonedevelopment.com/archives/1633.
Posted by Julia Shalet at Wednesday, July 03, 2013