Wow. This was a busy one! We had about 225 people in the room from all parts of the mobile eco-system. We had a dozen students from the Arts Institutes in the US join us and they had a lot to take in in a very short space of time. They were spotted making copious notes. We had lots of folks attend from our lovely event sponsor, BlackBerry. And of course, we had a great panel and lots of lively debate – a lot of that in the networking afterwards. Thank you to everyone for coming. And also a thank you to the CBI for looking after us.

So, there was lot to take in and our regular reporter, Lauren McGregor from Hotwire PR, has given us her take on the event. Over to you Lauren. 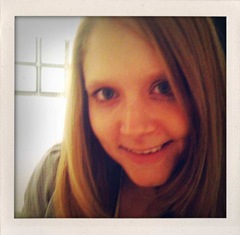 Mobile Monday - 200,000 apps, where's mine? The relevance of this topic was shown in the huge turnout we had this week (200+) made up of application developers, handset manufactures and many from the full lifecycle of mobile. The panel reflected the diversity within the crowd, compiling a handset manufacturer, a mobile music app, a mobile app marketer, a mobile app discover site, a market analyst and an enterprise tech advisory company.

The prevalence of mobile applications touches just about every sector of the mobile ecosystem, from mobile advertising and marketing to mobile content … and we covered a lot of ground at the event. The reality of developing a mobile application has come to fruition for many developers and the technology available means that many of us can now do this in the comfort of our own home. However, when it comes to getting that app out there and gaining consumer interest, we enter a whole other ball game. Whether you are on a big or small budget, it feels like unless you have a well known and established brand behind you, reaching the top 25 in the App Store charts will feel like a very distant target. But how can app developers be heard through this ambient noise of over 200,000 applications?

Why make a mobile app?

First things first, I want to target mobile … but do I go for a mobile app or mobile web? Many have combined the two and created a ‘wrapper’ app, which effectively is just a link on device home screen to the website. Alyssa made the point that by just using the web, you miss out on the functionality of an app - for example 7Digital integrates Last FM, something that would not be possible through mobile web. Although a ‘wrapper-app’ defeats the general purpose of an app, it has been shown to increase awareness and traffic by up to 30-40% - so worth a go if nothing else. Chris added that by investing in an app you better the user experience as, although it is improving, 3G coverage often means a slower experience on the mobile web … an issue that you do not face as much with an app.

Getting your app out there

When it comes to marketing, the identification of your audience is of utmost importance to ensure you maximize uptake … but is this the same for apps? Eli was the first to jump in with the very good point that in reality, developers are not really looking at demographics but more the all important numbers. The shop window no longer exists and content is now open to all, hence targeting a individual user is more difficult … user profiles are key to the development of targeted marketing and these can be obtained through, for example browsing behaviours. Chris mentioned that the trouble with using user data is that the data quickly becomes old, as consumers change their minds so much, e.g. who would have thought the demographic for £300-400 mobile phones would now be teens. Another thing to consider is that often the user of the app is not the one who actually purchases it; it is regularly the younger sibling or daughter that sits playing Angry Birds on another’s mobile phone. It is of course important to get a second, third or tenth opinion however, and Eli said that any market research is always important, even if that is just asking you nearest and dearest what they really think. Also, try to avoid listening to the press about what consumers want, as they are often reporting on ‘hype’ and not what consumers really think and want.

Although targeting to certain demographics can be difficult with mobile applications, we are seeing more and more examples of companies using them as a way to reach the mass market. Chris mentioned that much of this is brands hoping for some of the ‘Apple magic dust’ to rub off on them, and to the large part I think this is true. VW and Barclays are both great examples of how you can create a fun application that becomes very popular and increases brand awareness. This model is known as a ‘brand butler’, where another brand dines off another’s expertise … in this case a games developer with a bank/car manufacturer.

Ensuring your app is seen

So, you’ve made your app, identified your audience (well, as best you can) and now it’s time to put it out there. Fist issue – discovery. How do you make sure that your app can be found and downloaded? Tony asked the audience how many of the Facebook integrated applications they could name and although a few were mentioned, by in large we were at a loss to name more then 3 or 4. Apparently there are over 250,000 apps – just on Facebook - and no one knows what they are. Eli drew on the previous comments on marketing niche areas; word of mouth is integral to the success of any application. Many on the panel described the mobile app world as the ‘Wild West’ and Mike touched on the fact that there is a lot of luck when it comes to a successful app. He continued that a good marketing strategy is key to this and you need to identify your audience and the publications/blogs that they are reading … make sure consumers have somewhere that they can read about your app. Mike continued that it is important to build a conversation with your users, allow them to email/make a comment and respond to them as much you can. Consumers will remember a good experience and tell their friends about it … word of mouth is one of the best and cheapest forms of marketing. Chris’ top tips – cause some trouble, break from the norm and if you can … be sexy!

Another issue you are going to have to face is the cost of your app; do we go free or add a price tag? Tony commented that the perception of the cost of apps has changed so much over the years and this is largely down to Apple … many a gasp has been heard at the thought of paying 59p for an app. However, the amount of free apps mean that the ‘noise’ you receive when searching for say an app is so huge, largely down to the sheer number of free apps that many choose a small fee. 7Digital offer their users free content in addition to the paid for stuff - all via weekly free songs, a good idea to drive traffic and increase brand loyalty.

During the Q&A session a very hot topic was raised by David Murphy, editor of Mobile Marketing Magazine, that of app porting technology. There are a number of companies offering brands the answer to porting apps for each mobile platform via this technology, but does it work and does it solve the problem of cross platform reach? Chris mentioned that often the fine detail is missing when this is done and the general consensus from the panel was that the process was costly and of relatively low quality.

So, app development and marketing is no easy task and the best thing to do is start simple, don't aim for a big audience as it is hard to reach them all ... target niches, communicate with them and sit where they can see you. It is a tough and crowded market out there and if you have a great app it is going to take a fair amount of work to make it a success. Once you make it to the all important top 25 though, the magic is going to start to happen … good luck!

All application developers are invited to enter this year’s Super-Apps challenge. Closing date is 6th September 2010 but you must have your mobile application approved and already live in the BlackBerry App World, so don’t leave it until the last minute to enter. There’s over $1.5m of prizes including developer services, featured placements, marketing support and more. There are also regional submissions and judging. We hope there’ll be a good contingent of folks from the Mobile Monday London community who enter and we wish you the best of luck. Find out more and how to enter over at the competition website.

We couldn’t cover everything in this post, and on reflection, this was a really big topic to cover in an hour or so. I expect we may well revisit this at Over The Air and beyond. This topic also proved popular with the bloggers in our midst and lots of folks wrote up their take on proceedings. There’s lots of good stuff here including marketing hints and tips so do take a look if this is an area of interest for you.

For tips & hints on DIY ways to market your apps, take a look at Kath Clarke's guest post on Musings of a Mobile Marketer which she put together after attending this event.

Quick off the mark, Adam Cohen Rose’s comprehensive notes from the session http://adamcohenrose.blogspot.com/2010/07/momolondon-200000-apps-where-mine.html

Terence Eden has a top tip about making your app shareable http://shkspr.mobi/blog/?p=2172

Softtalk explores ad-funded apps and whether or not you can make money from them http://softtalkmobile.wordpress.com/2010/07/21/momolo-can-you-make-money-from-free-apps/

And a useful blogpost one of our twitter followers alerted us to is also worth a look. This post from AppBrain talks about what’s really happening in the Android marketplace. http://blog.appbrain.com/2010/07/whats-in-number-quality-not-quantity-is.html

Life is Better On's take on the event, including some useful links to further resources and reading http://blog.lifeisbetteron.com/2010/08/19/how-to-market-a-mobile-application-a-few-insights-from-last-month-momolo/

No event in August, but lots coming up in the Autumn and we need a bit of time to prepare for that.

Please get in touch with me, Helen Keegan, if you’d like to offer your services in some way to support the community, either by volunteering your time or sponsoring an event or advertising on our website.

Until the next time…