Go your own way? 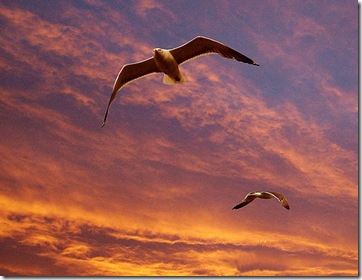 Ok, admittedly that’s a song title from the rather marvellous Rumours by Fleetwood Mac which I’m listening to as I write this, but it also describes where we’re at with location based services. LBS seems to be the new black, it was big news at Mobile World Congress in Barcelona this year and there seem to be various location based apps cropping up out of the iphone woodwork. But it’s not all rosy in the location based world. Sure, we can use pretty maps on our phones but what else is out there and does anyone actually care?

That’s why I was particularly interested to read Stuart Dredge’s article recently in Mobile Entertainment magazine where he dispels some myths of mobile entertainment (and arguably the rest of the mobile world too and number 9 particularly resonated with me:

No it's not. The phrase "location-based technology" intrinsically puts most people who aren't in the mobile industry to sleep. And they look equally unimpressed if you promise them their phone can guide them to the nearest cashpoint.

That was the big selling point of the early days of LBS, until the industry realised that even half-cut consumers can womble their way to the nearest bank machine under their own steam. Now the buzz is around social location, and mashing up your handset's GPS with social media and Web 2.0 services.

The problem is that this is all still technology-led. The assumption that everyone wants to track their friends - and especially that they regularly go out in town with no specific plans in mind of who to meet or where to go - is unproven at best. As is the idea that people want to geotag all their photos and videos and share them with the world, all the time.

The next year or two will see some really smart, desirable mobile services launch that use location. But it's the ones that are actually based on stuff people want to do that will succeed.

It's more about great, desirable services that happen to have location elements in the mix.”

So that’s exactly what we’re going to take a look at on 12th October. Stuart Dredge has kindly agreed to chair the session for us where we’ll find out what services out there, challenging how we position and market them, how much location matters (or not), and what customers really want or need. We reckon it’ll be a lively debate kindly supported by Skyhook Wireless and GetJar. We have some great panellists lined up for you which we’ll be announcing in a few days. And we’ll have some demos for your delectation. We’re also still interested to find out which LBS apps and services you use and why so do keep contributing to the email thread on the topic.

What: Go your own way? A fresh look at location based services.

Where: CBI at Centrepoint